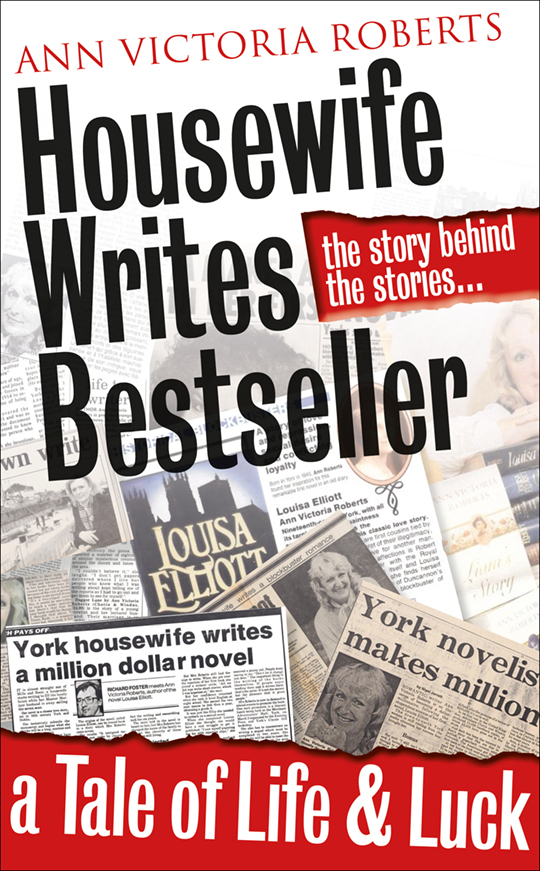 To celebrate my 1980s memoir, Housewife Writes Bestseller, I commissioned new covers for the digital editions of Louisa Elliott and Liam’s Story – a good idea, as the memoir tells ‘story behind the stories’. But publication did not go according to plan, and the new covers were put on hold.

That was back in October. Getting the memoir out there seemed to take an eternity, but eventually all the photos were in the right place, and the book was published just in time for Christmas. I have to say that after all the last-minute panics – including posting books out to friends, family and potential reviewers – I was very much in need of a few days off. And since this would be a festive season unlike any other – no get-togethers this year – I lined up a couple of books for relaxation, and planned to get back to work once those few days were over.

But with New Year’s Eve came the sudden death of a close friend, and since then every good intention has fallen by the wayside. From personal grief to Covid news and Brexit chaos, it’s been doom and gloom all the way. I know I’m not alone in saying I’ve found it difficult to keep my mental balance – just being locked down at home has been a challenge for all of us.

Determined not to slide into misery, I chose a physical job that’s been on the ‘To Do’ list for at least two years – sorting through a stack of old stuff in the attic. To my astonishment I found two boxes of books in pristine condition. Hardback and paperback copies of my old novels, including the first bestsellers, Louisa Elliott and Liam’s Story.

That surprise got the adrenaline pumping again, and reminded me of something far more important: those new covers!

Different editions show different art work, but Louisa Elliott has appeared in various guises in the past. German and Italian versions showed her in sensual poses, while in France she’s a pretty young woman painted by the artist, Tissot. In the beautiful painting used for both the American and Swedish editions, Louisa is holding a parasol and picking flowers in a garden – an old favourite of mine – while the British paperbacks show her looking pensive on two very different covers by Pan.

The new cover design shows Louisa in evening dress. Perhaps she’s going to a ball in either York or Dublin, and doubting the wisdom of such an occasion?  But the new cover for Liam’s Story, shows no such uncertainty. He’s a young man setting out to defend his home country…

Taken in Australia in 1914, this fine photograph was originally used by Chatto & Windus as the opening page of their hardback edition, and later by Pan for the paperback. Since the original belongs to me, I was able to use it again.

I hope that new readers as well as old fans will find both covers appealing, but I’m also thinking of the real Louisa Elliott – my great-grandmother. No doubt she’d be smiling if she could see this new version of herself – but I’m sure she would be both pleased and proud to see her son’s photograph on Liam’s Story, the novel partly based on his WW1 diary.

Discovering this photo – and the diary – amongst a stack of old books when I was a teenager, inspired me to become an author. Now, all these years later, I think the real Louisa Elliott would have been happy to know that her story – and that of her son – is still being read today.

If you’d like to know more, Housewife Writes Bestseller – a Tale of Life & Luck, reveals the curious events behind the novels, and describes what life was like for the author while her husband was away at sea.