Skip to content
Fact, Fiction and the Art of Weaving 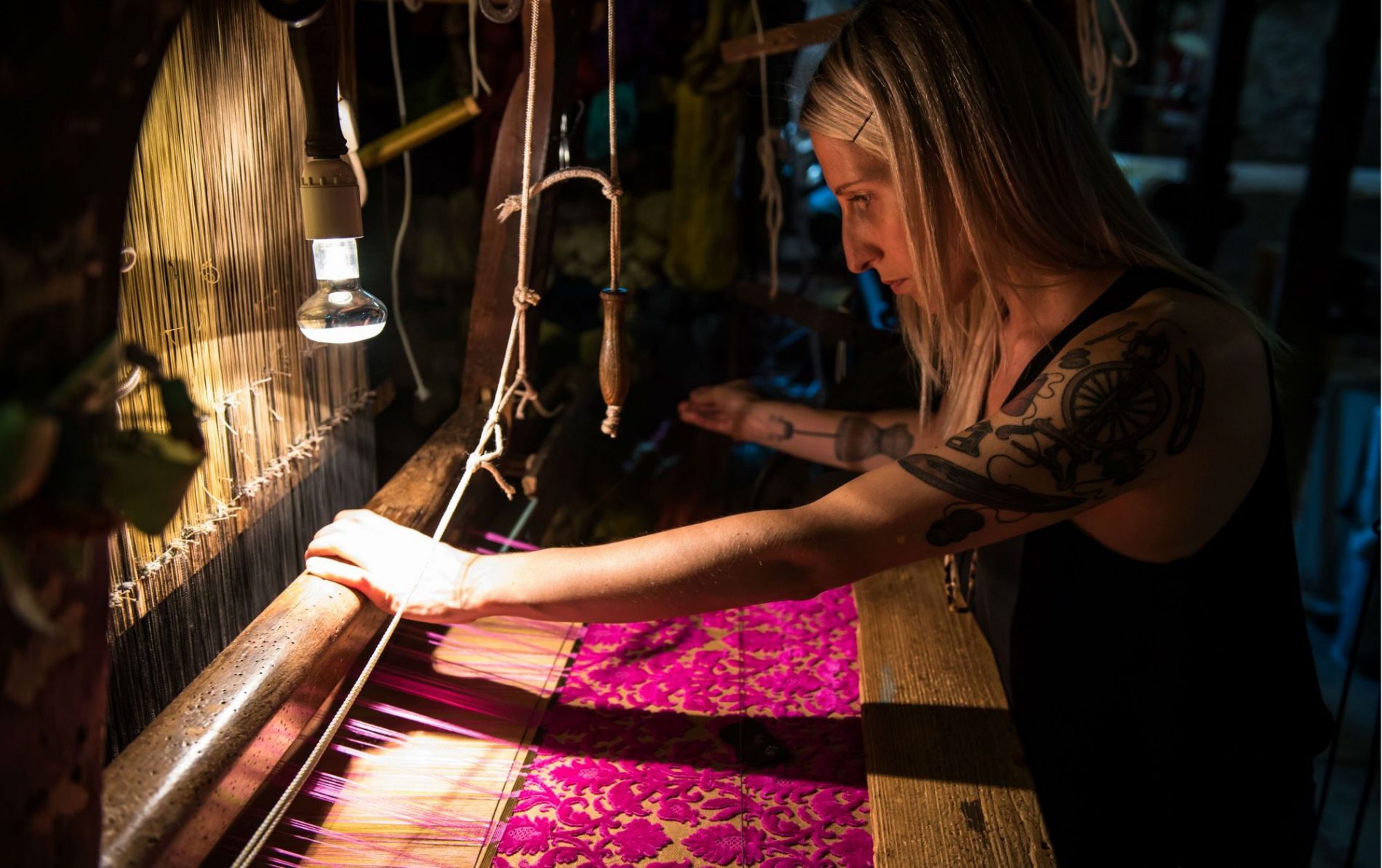 If there are only seven basic plots in fiction, how come there are so many books? And why do we go on reading them?

For the reader, the appeal lies in what authors create from those basic threads. Whatever the style or genre, creating characters, settings and plotline, reminds me of old-fashioned weaving. The main thread of the tale holds everything together, while facts and fiction are woven in, making colourful patterns in the author’s own style.

The result can be a simple love story, the solution to an historical mystery, or an elaborate thriller with a complex plot. Ask any writer where their book began, and you’ll receive some very different answers. It can be one startling moment of revelation, or a mix of ideas from many sources.

More often than not, real life is a series of unfinished episodes – happy, sad, frustrating, even heart-breaking at times. But reading fiction can provide those satisfying endings we long for. And in writing fiction, authors can fulfil their secret ambitions – climb that mountain, solve that crime, have that love affair, or even do that job they always fancied.

With luck, they’ll find readers for their stories, and, luckier still, gain those all-important reviews.

At the launch party for my novel, One Night, Two Lives, someone asked if I used real people as the basis for my characters. Not specifically, I said, which is true in a general sense – although some are closer to reality than others. As for the story behind the story, it had a strange beginning…

Some years ago, driving through western France into Spain, we found ourselves at the foot of the Pyrenees, in the small town of St Jean-Pied-de-Port – St John at the Foot of the Pass. The Roncevalles Pass into Spain – the route taken by medieval pilgrims on their way to Santiago de Compostella, some 500 miles away. After seeing modern pilgrims carrying staffs with scallop shells attached, I decided I’d like to write a novel based on a group of people walking across northern Spain.

For various reasons it was never written, but two of the characters lingered – James, the Anglican priest with an unspecified grief, and Suzie, an older woman to whom he was attracted.

I hadn’t worked out the rest. But then along came the TV series, Long Lost Family, which connects people separated by adoption. At once, I found myself thinking how methods of dealing with unplanned pregnancy had changed radically since I was a girl in the 1960s – and suddenly, I had the story behind those two characters.

In the novel, Suzie has written an account of walking the old pilgrim route across northern Spain, and the book’s publication brings James back into her life. She hasn’t seen him since her student days. When he says he wants to find the child he fathered forty years ago, she’s torn between rage and a need for answers.

Rather like a pilgrimage, the story goes on to reveal the challenges they face over the next few months, but their history was equally important to the novel. How did these two people meet? What were they like as teenagers – and what were the circumstances behind that one fateful evening?

Suzie’s background evolved from my own recollections of life as an art student. I never got to do what I’d wanted to do originally – work in the display department of a big store – but in One Night, Two Lives, Suzie does achieve that ambition, albeit via a roundabout route. For her, it’s led to a career in interior design, and ultimately her own home-boutique business in York.

James’s character – like that of Suzie’s husband Freddie – evolved through several young men I’d known at art school. At the time, there were some stark contrasts between people of widely differing backgrounds, and how they behaved and interacted. But in describing James’s later life as a priest, I was fortunate in having family connections as well as a helpful local vicar.

A distressing but vital aspect of the novel was Suzie’s experience as an unmarried mother. I had friends who sadly went through the whole Mother-and-Baby-Home experience – each story harrowing in its own way. The internet provided me with a broader picture, the most useful being Rose Bell’s dissertation for her MA:  http://www.motherandbabyhomes.wordpress.com/

And so we’re back to my inspiration – Long Lost Family – and the search for children adopted half a century ago. A long job – for this researcher as well as those on the TV!

Settings were easier – some are real, others based on various small towns and villages in Yorkshire and Oxfordshire. Gradually, through writing, a picture began to emerge, rather like a tapestry, in which facts were woven into times, places and events created by imagination.

The final challenge was a massive one. How to tie up this story of love, betrayal, and redemption? The conventions of fiction provided a teasing selection of answers – and one way and another, I explored them all. But to find out what really happened in One Night, Two Lives, you’ll have to read the book!