Skip to content
Cross-Genre Fiction – what does it mean?

Confession time – I’ve been writing for years and have only just begun to understand the whys and wherefores of literary boxes. And with a new novel just out, I find myself thinking again about readers and how they find the books they like.

The dictionary defines genre as a matter of style in art or literature, with certain characteristics. In fiction, it’s a matter of content. Is it a crime story or a romance, contemporary or historical, realistic or fantasy? Or could it be ‘literary fiction’? In other words, a well-written, character-driven tale, often more thought-provoking than happy-ever-after. The latter, it must be said, is not a happy label, as readers tend to view it as the boring option.

A shame really, as the English novel, as we know it, began in the 18thcentury with authors like Daniel Defoe and Anne Radcliffe, and then swept into the 19thwith writers as diverse as Jane Austen, Charles Dickens, the Brontë sisters and Thomas Hardy.Towards the end of that century, the list grows hugely. Not merely with British writers, but publications of bestselling novels from abroad.

Novelists at that time were not concerned with genre – they wrote about life as they saw it. Rich tapestries of time and place and character – adventures, mysteries and social comment, all wrapped up in page-turning prose. All now classified as literary fiction.

Having said that, Conan Doyle’s Sherlock Holmes became so popular, detective fiction quickly became the rage – so perhaps we can blame him for starting this thing called genre?

Neat labelling makes marketing easier, both for publishers and bookshop owners, trying to place books on the right shelves. For readers, there is also comfort in knowing what to expect – but not everyone wants a predictable romance or old-style detective mystery.

Nowadays, with independent publishing and internet bookstores, mixed and cross-genre novels are commonplace. More and more writers are producing this kind of novel – and the best ones have a faithful following. Advice says, ‘write the novel you want to read,’ but as I know from experience, refusing to conform can be a gamble.

When I first started writing – way back in the last century – I knew nothing about genre. My first novel was turned down by everyone I approached. The best response praised the quality of writing, but said it would be hard to place because it fell between the two stools of romantic and general fiction. I understood the comment, but still didn’t ‘get it’.

Later, I began the novel I’d always wanted to write. One I’d been putting off for years, largely due to the usual advice to avoid historical fiction and, ‘Write what you know…’ As it turned out, I knew far more than I realised, particularly about the 19thcentury.

Looking back, it seems the lives of real people have been the inspiration for much of my work – leading to plots that are driven less by dramatic events, and more by the twists and turns of everyday life. As a writer, I like to explore the effects of past and present on my characters, and discover why they react in certain ways – and where those reactions lead them.

Almost by default – or rather, by following my instincts – I seem to have conformed to advice being given to mixed-genre authors today. They say that whichever style of fiction you feel easiest with – be it paranormal or murder mystery – take that as the driving force to carry the other elements of the story.

In my case, it seems to be ‘romance’ – the love story is in the driving seat. The other elements – of history, setting, character and plot – are the passengers providing the chat, the scenery, the unfolding drama.

Clearly, I’ve never written to a template, and I’m not a prolific writer. What might take six months for one author, takes me at least a couple of years, so I need to feel passionately about a story before I commit. Good in one sense – it means taking on a fresh, enjoyable challenge each time – but that can be difficult for traditional publishers to handle. And impossible for my readers to predict!

My new novel, One Night, Two Lives, is different again. It has a more modern style and setting, and only two main characters. But like my previous ones, this novel explores the different facets of love. And as the 60-year-old Suzie Wallis knows well, there’s more to love than hearts and flowers. Her story takes the reader back and forth from 2004 to events in the mid-1960s, a period now classified as ‘history’. But this is not an historical novel, and it’s not a romance – nor is it a crime novel, although one might argue that there’s a crime at the heart of it.

Mulling over the question of genre and how to describe this new novel, I was relieved to find that my publishers have made the decision for me. ‘One Night, Two Lives’, is classified as ‘contemporary fiction’.

So, having finally made the mainstream, I’m giving three cheers! I hope this new book will appeal to previous fans, but I’d like to think that younger women will read it too. It’s a window on the past – on what life was like before they got the freedom to choose. 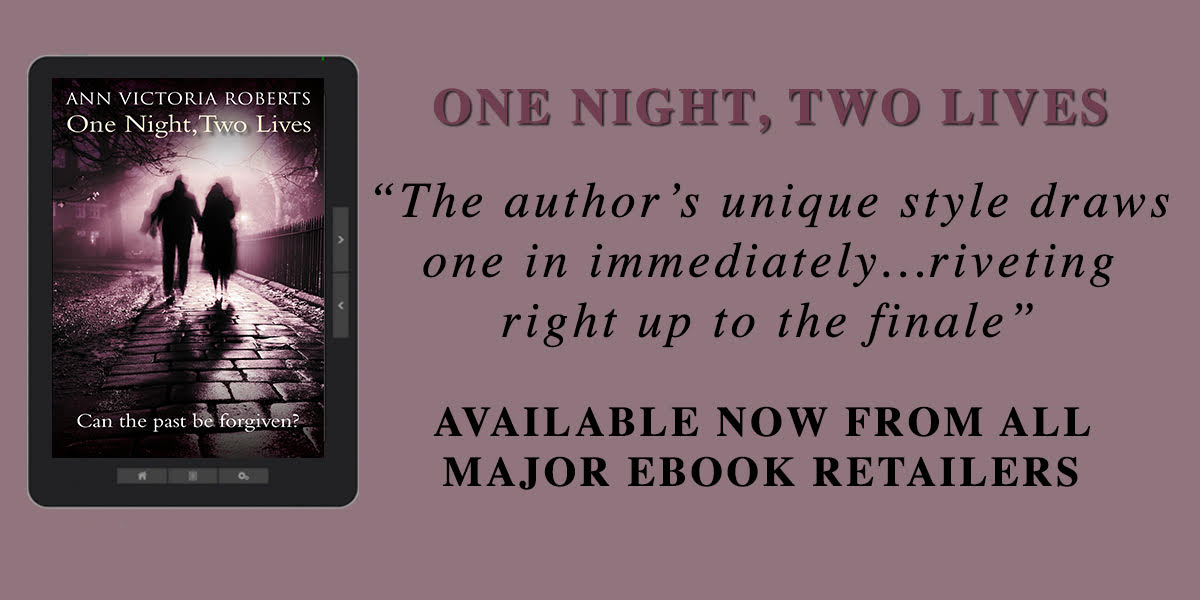 One Night, Two Lives, is currently available as an ebook from Amazon, Apple, and Google Play. It will be out in paperback within the next few weeks.