Fellow-writers will recognise the question – it’s often the first thing a stranger asks on being introduced.

I say, ‘Historical novels,’ but advice to authors instructs us to expand on that: ‘Tell people about your book and the benefits it can bestow – what it will do for them.’

Immediately my mind goes blank. My books aren’t soap powder, or the latest super-smooth car. Completing a novel may be as pleasurable as chocolate to me, but people have different tastes, and my taste is for something less sweet but more satisfying.

I’m enthusiastic about the story, the characters, and the research I’ve been doing – but the benefits?

My books are mostly about love in different forms, but they don’t have templates and refuse to sit comfortably in ‘Romance’. Even though my first novel, Louisa Elliott, has strong romantic elements, the characters I write about are more human than perfect. 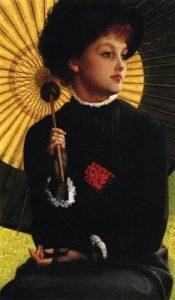 Perhaps that’s owing to youthful reading matter – 19thC tales of families and friends, unrequited love and unwise affairs. About the way we as humans make mistakes; the way society imposes its judgements.

As adults under pressure, sometimes all we need is chewing gum for the mind. It’s tempting to buy the next book in a series because we’ve come to know and love the characters. But in trying to establish what leaves its mark – be it thriller, murder mystery, historical novel or literary gem – I’ve reached the conclusion that honesty speaks loudest. No matter how fantastic the plot, a novel with believable characters leaves an impression. Faults and failings, doubts and difficulties, come alive on the page. We may not agree with the outcome, but if the author has presented it well, we don’t forget the story or the characters. 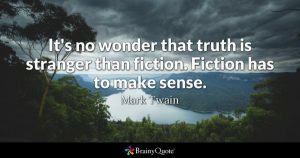 I like to feel I’ve learned something from a novel – I hope readers learn something from mine. Times and attitudes change, while culture shapes the way we think – but the basic challenges remain.

In the past, research has taken me from Louisa Elliott’s York and Dublin in the 1890s, to the era of WW1 in Liam’s Story. Living in Whitby led to the novel, Moon Rising, and an exciting discovery about Bram Stoker’s time there. A chance encounter resulted in The Master’s Tale, and an imagined voyage aboard the Titanic, where Captain Smith reflects on the nature of time and coincidence.

As a writer, I veer towards the darker side, the tensions between men and women, the way different aspects of one person – and different views of one event – make up a three-dimensional whole.

Perhaps no more so than in my recently completed novel, One Night, Two Lives, now awaiting publication. In the modern day, Suzie is a designer, while James is now an Anglican priest. On the surface, they have little in common, but forty years ago, in a single, drunken encounter, they created a child. Research has taken me – and my characters – from rural Yorkshire to the tragic world of mother-and-baby homes; from the bright lights of 1960s London and back to more recent times. In this novel, the question is: will James get what he wants, or what he deserves?

So when that fateful question, ‘What do you write?’ arises, I’m trying to teach myself to say something like this:

‘I write novels set in the past. They’re not about kings and queens, but people like you and me, caught up in realistic events, in places you’ll recognise. My characters fall in love – often with the wrong people – and face overwhelming challenges. But if I’ve succeeded, you’ll be with them every step of the way. Their time and place will have become yourtime and place. And when their stories end, you won’t forget them…’