England and Portugal have been pals since a pact of perpetual friendship was sealed with the Treaty of Windsor in 1386 – the oldest still-running alliance in the world.

Of course, like any friendship, there have been a few hiccups along the way, not least when Portugal ran out of direct heirs to its kingdom. Overrun by that ambitious Spaniard, Philip II of Spain in 1580, and forced to contribute ships to the Spanish Armada, there must have been a few beards scratched over that ticklish little problem.

But the alliance was not revoked. Indeed, it was reconfirmed when, in the 1660s, both Portugal and Britain regained their respective monarchies, and Charles II married Catherine of Braganza, daughter of Portugal’s King John IV.

There have been a few diplomatic difficulties since then, but somehow the friendship has survived. Despite a long succession of totalitarian rulers, the Portuguese people seem far more relaxed and friendly towards us Brits than their neighbours in Spain. No wonder so many of us flock down to the Algarve for our holidays! 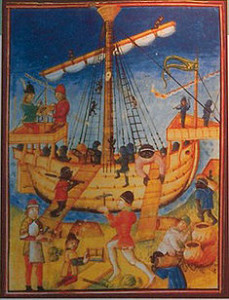 There’s a lot more to Portugal than the Algarve, of course. It’s a couple of years or more since we travelled by motorhome from Santiago in northern Spain down through Portugal  to Lagos – missing out on Porto and Lisbon, but finding hidden gems like Evora and Alcobaça instead.

Recently, with just a week’s break, we flew from Southampton to Faro, drove to Lagos, and met up with friends spending the winter nearby. They were keen to take us to some great restaurants, where perfectly-cooked fish and delicious meat dishes were to be had for roughly the price of a hamburger in a UK McDonald’s.

Portugal has been famous for port for centuries, but there’s also the unfortified wine – rounded reds from the Alentejo region which rival anything from the rest of the world at half the price. Why don’t they export it? Or their fantastic sun-ripened fruit and veg? I don’t know, but it’s rarely seen in British supermarkets, despite Portugal’s membership of the EU. But maybe it’s better drunk and eaten there – just one of the reasons for going back.

Another reason is the scenery – from golden beaches along the Algarve to the wild cliffs and secret coves of the Atlantic coast.

On our first visit to Cape St Vincent – the most south-westerly point in Europe – Captain Peter said he’d seen it innumerable times from seaward while navigating his way home. After a worldwide voyage, sighting the Cape had always been an exciting moment – it meant home was only days away. So for him it was a particular joy to be there. He’d achieved an ambition to view it from landward – and what’s more, the land was beautiful.

We’ve paid homage each time since, thinking of all those early navigators who bravely left the known world in the 15th Century, venturing along strange coasts and across unknown seas in search of the route to the Indies… 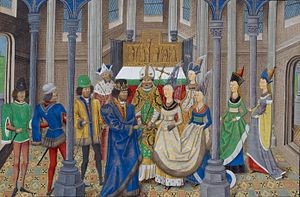 In Portugal it brings Henry the Navigator to mind. Remember his name from history & geography lessons in school? He was the man who did the research and provided the backing for many of those 15th Century voyages of exploration. A lesser known fact is that Henry’s mother was English. She was Philippa of Lancaster, her father John of Gaunt, her brother Henry IV of England. In 1387 Philippa’s marriage to King John I of Portugal confirmed the Treaty of Windsor between the two countries.

So yes, Portugal’s an old friend – and that’s official. No wonder we feel so comfortable there.