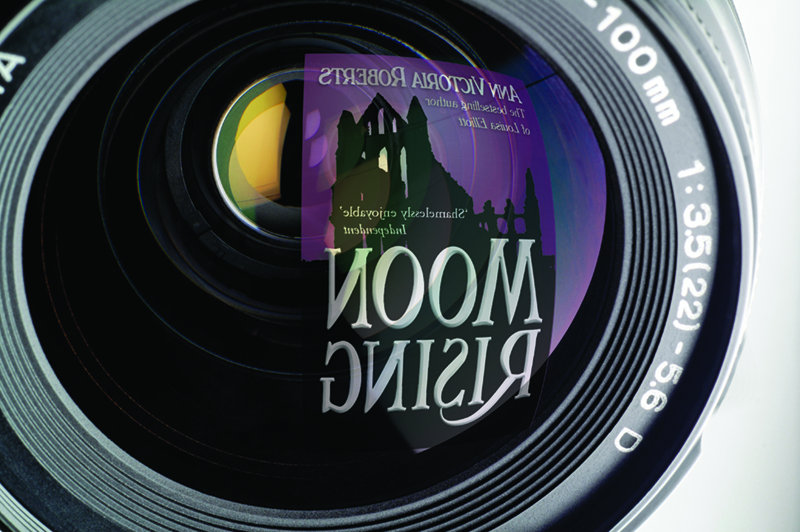 I was preparing ‘Moon Rising’ for ebook publication in late October, when my film-maker friend suggested she might pitch the idea at a London conference of directors and producers.

‘It’s set in Whitby – very visual – and it’s about Bram Stoker and ‘Dracula’. A great hook to get people interested…’

Far from convinced, I gave her a few pointers on content, plot, etc, and crossed my fingers for luck. To my astonishment, she arrived back with exciting news: an American film producer (UK based, good track record) had shown enthusiasm.

‘But he wants to see a script. So will you write one?’

‘It’s easy – you just write the dialogue and some stage directions.’

‘But the novel doesn’t have much dialogue,’ I protested.

Maybe so, but I must just say at this point: I’m very much aware that the film world is notoriously unpredictable. Film rights can be discussed, scripts written, enthusiasm garnered – but things don’t gel, so nothing happens. Back in 2000, when ‘Moon Rising’ was first published, US film people were suggesting Nicole Kidman, Tom Cruise and Liam Neeson for the lead roles… no, really, not kidding. A script was written – but nothing happened. Before that, the BBC even took out an option on ‘Dagger Lane’ – drama budget cut – nothing happened.

So I’m not a starry-eyed innocent – thing is, I can’t resist a challenge. And here I am, three months down the line, working on a film script of ‘Moon Rising’.

After several breaks away from it, I’m halfway through the book, and I know the script is far too long already.  So I’m giving myself the kind of advice seasoned writers give to novices: ‘Just get the story down – you can edit later…’

But after more than 30 years of writing, I’m very much aware that every line of dialogue should count. It needs to say something about the character, and/or carry the action forward.  Ideally, even a remark on the weather should suggest something more than the obvious.

Okay, I can do that (I tell myself) but there’s another challenge. A good novel is generally based on more than one plot. What’s happening to the chief protagonists from first page to last is the drive that carries the story forward; but one or more sub-plots concerning other characters provide necessary twists and turns along the way.

Damaris Sterne is an orphan, but has a difficult relationship with her extended family (the Sternes and the Firths). A desire to be different is what drives her forward.

She lost her father at sea – so is not about to commit to any local fisherman or seafarer. She wants something/someone better.

Through him she meets a handsome stranger – Bram Stoker

Circumstances bring them together.

And then they part – not to meet again for 20 years. By which time he’s a sick man, and she’s a wealthy widow.

The challenges I’ve so far identified in this attempt to make the novel into a film script are these:

First of all, how did Damaris Sterne and Bram Stoker meet? (Simple answer – in Whitby in a storm.) What drove him back to Whitby the following summer? (Difficult to convey – it’s ‘off the page’ in the novel.)

Why did Damaris decamp from her lodgings and take up residence with Stoker? (Complicated – dependent on a sub-plot concerning her Firth relatives. Most notably her relationship with Bella Firth, her abused friend and cousin.)

Why did Stoker come to Whitby from London, without telling anyone where he was? (He’s teetering on the edge of a breakdown, but keeping a lot back.)

How did this intense Whitby affair affect his writing? (Easy enough to show and suggest.)

But what about the years between the end of the affair and their meeting again two decades later? Years in which her life moved forward into business, marriage and wealth, while he wrote ‘Dracula’ and suffered for it? (At the moment, this aspect seems insurmountable.)

So far I’ve spent half the pages written setting up the different relationships with family, employer and friends. Stoker has appeared, disappeared, and returned. He and Damaris are together for the next few weeks…

In film terms, I feel I’m just getting to the heart of this story – or in TV drama terms, the middle episode of three.

Not to mention the blackmail – and the murder…

Advice, anybody?  (Please keep it clean!)