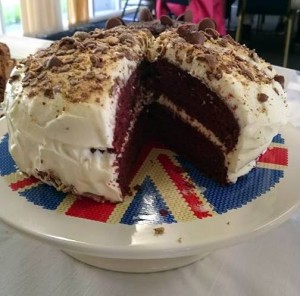 People ask, how do you do it? How do you take historical fact and turn it into fiction?

In simple terms, it’s like baking a cake. You assemble the ingredients, mix them together in the right way, pop the result into the oven, and something completely different comes out. As simple and as complicated as that.

An editor friend labelled it ‘a mysterious process,’ while another author – of contemporary fiction – could not imagine how characters were moved into the past.

And yet, like most creative work, it begins with observation. In a contemporary novel, setting the scene helps if you know the area you’re writing about. It’s the same with history. Know the period. Towns grow and farming methods alter the landscape, but old illustrations – and historic buildings – provide important clues to the past.

Published histories give a general picture of life at the time, while memoirs and diaries often provide the telling detail. Newspaper archives – some of which go back to the early 19thC – are a great source of social history. Just reading headlines has taught me that nothing really changes. Every period has its parallels. War – going on all the time. Peace talks – ditto. Poverty – ever present. Financial crises – nothing new.

Much of the colourful detail in my first novel, LOUISA ELLIOTT, was inspired by York newspaper reports from the 1890s – while LIAM’S STORY had its origins in a WW1 diary found in Grandma’s attic amongst a stack of old books.  https://annvictoriaroberts.co.uk/diary/

While I was researching THE MASTER’S TALE – about Captain Smith of the Titanic – the world was experiencing a huge financial crisis. A century earlier the world was in similar state. To my surprise, I discovered that financial pressures were a huge factor behind the loss of the Titanic.   https://annvictoriaroberts.co.uk/2015/04/captain-smith-putting-the-human-element-into-history/

MOON RISING – set in 1880s Whitby – found its focus through a photograph of a wrecked ship and a linked newspaper report. Following up that eureka moment led me to Bram Stoker and his novel ‘Dracula’.  In my novel, the narrator – a woman – tells the story of how she met a man teetering on the edge of a breakdown, and how Whitby became part of Stoker’s most famous novel…   https://annvictoriaroberts.co.uk/2015/09/moon-rising-1-dracula-bram-stoker-and-whitby/

Finding and including factual elements can lend truth to any tale. It brings the historical period up close, enabling the reader to identify with the difficulties faced by these characters in the past.

How people thought – as an historian friend once remarked – can be tricky, because in the distant past they lived by different standards. But how they felt is easier to understand. Human emotions don’t change. Then, as now, people are motivated by basic desires such as love, lust, greed and power – only the paths they take will be different.

This is where the novelist has advantage over the historian or biographer. Writers of fiction are allowed to mix fact with instinctive flashes of understanding – the ones that reveal what the essence of a story is really about. 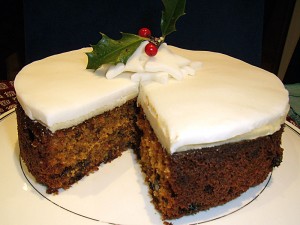 Rather like the cake illustration: baked, decorated, and looking good. You have the idea – then all you have to do is find the right ingredients and do the mixing…

Depicting human nature in all its variety, presenting people faced with plights common to us all, is much like making that rich fruit cake. Whether the subject is a medieval struggle for power, Regency manners, or a wartime romance, the mix has to work.

At the end of the day it’s all about taste – the test being a reader’s preference and discernment. But if the characters are human, and their circumstances recognisable enough, the reader will keep on reading, believing, and looking for more.

Of course, setting is important, and so is the plot – I liken them to the flour and eggs of this metaphorical cake. If the characters contain enough sugar and spice – and if flavour and temperature are right – then the outcome should be a success. With luck, readers will be enjoying the feast, and lining up for another slice of that historical cake.

(Thanks to Sally Schofield for the chocolate cake – and Google images for the Christmas offering.)