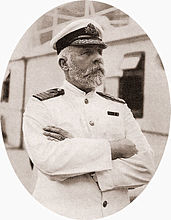 When Captain Smith arrived in Belfast on March 31st 1912, he had a deadline to meet. After taking the ship out on sea-trials, he was to bring her to Southampton for the maiden voyage.

I’ve written about the entries in the 1912 Dock Master’s Log Book in a previous blog – https://annvictoriaroberts.co.uk/2011/09/taking-titanic-out-of-isolation/ Those entries were both revealing and disturbing. But on the day we viewed them in the Southampton Pilots’ Office, one outstanding question was regarding Captain Smith’s last-minute arrival in Belfast.

My husband, a shipmaster for most of his life, was concerned about that.

‘Why,’ he asked, ‘did White Star keep Smith crossing the Atlantic aboard Olympic? It would have been standard practice for him to be in Belfast during the last few weeks of Titanic’s fitting-out…’

Impossible to know for certain, but later investigation suggested the most obvious answer. The winter of 1911/12 was appalling. Storms and hurricanes were lashing the coast of North America before sweeping east across the Atlantic. It was the worst winter for fifty years. 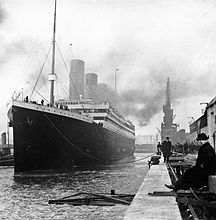 Captain Smith was known as the ‘Storm King,’ and passengers who made regular business trips between New York and Europe preferred to travel with him. Not because he was charming – as certain theorists would have it – or even because they felt safer with him in command. Logically, it was because he kept to the schedules. Time, as always, was money – to them as to White Star.

Smith was the company’s most experienced shipmaster. In 25 years spent crossing the Atlantic, he’d earned his nickname while in command of White Star’s older ships. But the first of the big liners – RMS Olympic – was almost double the tonnage of previous ones, and only Smith had the experience of handling her. He’d learned in the summer, when presumably the weather was kinder, but her next master, Captain Herbert Haddock, did not have that advantage. One might argue that Haddock would have had to learn sometime, but assigning him to take over in the depths of that winter was clearly not the wise thing to do.

So, as Smith battled the storms, Haddock was standing by the new ship, Titanic, in Belfast, overseeing the final stages of fitting out. He could not have made a direct handover, because he was delegated to take command of the Olympic, sailing from Southampton on April 3rd. He had to have left Belfast some days before Smith arrived.

Smith took Titanic out on sea-trials – postponed until April 2nd because of bad weather – and they were not entirely complete by 6:00 pm when the ship had to sail for Southampton in order to keep the new schedule. 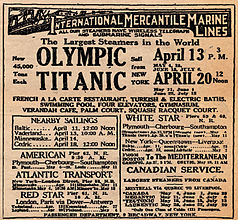 Titanic arrived in Southampton just after midnight on April 4th with just six days to the sailing date. Captain Smith may have got home by 3:00 am, but it was hardly for six days’ leave. With new ship’s layout to learn, officials to see, instruments and paperwork to check, keeping abreast of problems would have taken Captain Smith down to the ship every day. I doubt he saw much of his home on Southampton’s Winn Road.

Did he intend to retire after that voyage? Impossible to say, but again, it would make sense. He was 62 years old, he’d had a rough ride latterly, and to complete his service with the maiden voyage would have been a good moment to say farewell. After all he’d been through, I’m sure his wife would have been pressing for it.

My solution to a mystery in an historic document says as much about White Star as it does about Captain Smith. He wasn’t just a figurehead, nor was he the reckless fool he’s often accused of being. Responsible – absolutely. But in considering his actions on that maiden voyage, it seems he was simply following experience. Whether he should have slowed down before meeting the ice is a controversial question – but he’d dealt with ice for 25 years and why should this voyage be different? He’d altered course according to information received, and it was a clear night. What he really feared – as seafarers still do today – was fog.

At the time of the collision, a normally busy part of the ocean was strangely empty of ships. Only one ship was seen, but she was not answering.

It was a tragic sequence of events, set in motion, it could be said, by Olympic’s collision with HMS Hawke some six months previously. Had that not occurred, Titanic would no doubt have been finished on time. Sailing a month earlier, the ice would still have been way to the north. The sudden appearance of that great berg, starting its journey some three springs before, was as unpredictable as the Hawke incident.

For Titanic’s passengers – and her officers – it was a terrible and terrifying coincidence, causing more than 1500 deaths. If I say that shipwrecks were distressingly common at that time, especially in that area, it’s not to lessen the tragedy. Had it been a less remarkable ship, with fewer top industrialists aboard, we may never have heard of Titanic or the disaster. What we must remember and be thankful for is the outcry which followed; the changes that were made in safety procedures, the increase of lifeboats and formation of an ‘ice patrol’ to warn ships in advance of potential hazards.

By that measure, it seems to me that after all this time we should mourn less and praise the fact that those deaths were not in vain. Focus on the good that came out of it, rather than being keen to apportion blame. 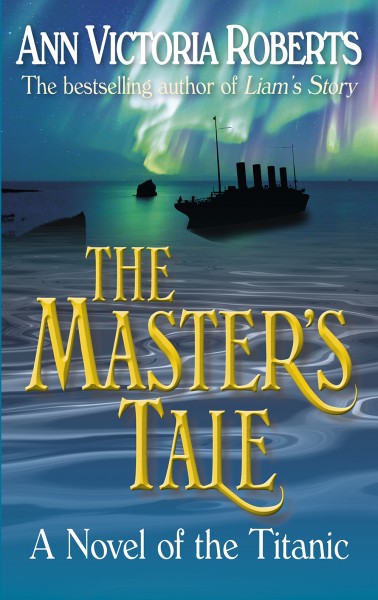 THE MASTER’S TALE
– a novel based on the life of Captain Smith –
is currently available in print and as an ebook.