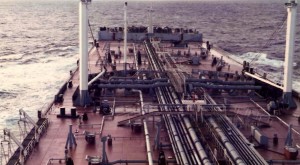 Having checked the course for the Dardanelles, Stephen took his coffee outside, yawning in the warm air, pleased by the touch of the sun on his skin. It was another limpid blue morning, with the azure hills of Imbros Isle poised between sea and sky. The kind of morning to satisfy every holidaymaker on every island in the Aegean; and after all, this was what they saved for, assiduously, all year round. Responding to it, he smiled, counting his blessings, glad that he did not have to earn his living cooped up in an office. If this job had its drawbacks, then it also had its advantages, and moments like this were blessings indeed.

Spring, and the weather was beautiful; it must have been a day like this that saw the initial attack on Gallipoli. Anzac Cove, named for the Australian and New Zealand Army Corps, had passed into legend, and the debacle of the whole campaign faded to nothing beside the bravery of those men who endured it.

Transcribing Liam’s diary, Stephen had begun by separating the notes relating to different years. 1914 was rapidly dealt with, while the memoranda for 1915 was fuller, but still frustratingly sparse on detail. With his eyes taking in the harsh skyline of mainland Turkey and the tip of the Peninsula ahead, Stephen wondered whether Liam had made notes at the time of dates and places and particularly violent exchanges, or if, in that depressing return to the desert in early 1916, he had checked details with others who were on Gallipoli, entering noteworthy dates in his new diary sent out from York at Christmas.

It was difficult to say. Possibly it was a combination of both, since Liam seemed the kind of man who liked to keep a tally of what was happening. But if the notes for that period were disappointingly brief in comparison to the following year, they were also shocking in their terse accounts of attacks, gains, and casualties. Set against his own general knowledge of that campaign, the diary made him wince.

Studying the chart, he could see why the planners in London had thought it such a good idea. It looked easy. The Gallipoli Peninsula, at the point where they had attacked, was only about four miles wide. Capture the forts either side of the Dardanelles, hold enemy shipping to ransom, and while you’re at it lads, just nip up and take Constantinople…

But with no first-hand knowledge of the terrain, and without taking into account the weeks of foreknowledge given to the Turks, it had been a disaster. Those forts were never taken, and they were stuck there from April to December, lobbing home-made bombs into Turkish trenches, dying from the heat and flies in August, and frozen to death in November, when it snowed. No fresh food or water, and supplies had to come by ship from the island of Lemnos.

The idea that ignorant men in comfortable offices in London could send other men across the world to die in conditions like that made him angry. It made him angrier still to think that little had changed.

His anger was so at variance with the beauty of the morning, it was unbearable. He went inside. An hour later, with the Dardanelles looming, he was back on the bridge, checking course and radar projections, scanning the shoreline with powerful binoculars. The Peninsula, low at its southern tip, rose in a series of ochre hills, in parts densely covered with evergreen scrub. From the sea, it had a certain rugged beauty, but the vivid pictures in his mind’s eye made him shiver. The Anzacs had landed way up on the seaward side, but what Stephen was seeing now would have been seen by Liam as he took part in the second assault on the Peninsular.

Just ten days after the original landings, he had been part of a combined British and French assault on Cape Helles at the southern tip. Stephen guessed that it must have been reasonably successful, because somehow, in the wake of hideous fighting, Liam had found time to explore the ruined fort of Sedd el Bahr. He had examined some crippled French artillery, had a swim in the sea, and the day after, ‘Had a yarn with Commander Sampson about his plane, named Dragonfly.’

15th May, Liam was back at Anzac Cove, again landing during a concentrated shelling; and by the 20th he was fighting in the hell of Quinn’s Post, where the trenches were no more than a few yards apart. In that small area the dead lay unburied in their thousands, so numerous and so offensive that – as Liam again noted – an armistice had to be arranged for their interment. There seemed a dreadful irony in that.

Although he never remarked on minor injuries, considering the terrain, the intensity of constant warfare, Stephen could not imagine that Liam had remained unscathed. And if he had, there was always dysentery to contend with, which had been endemic, made worse by the lack of sanitation and the hoardes of devouring summer flies.

What amounted to a starvation diet had also taken its toll. For eight months those men had lived on the kind of iron rations meant to support a man in the field for no more than a few days. By the beginning of September Liam had been seriously ill. Not dysentery — although he had probably had that too – but pneumonia. He left Anzac on a hospital ship for Alexandria, arriving at the Palace Hotel, Heliopolis, on the 10th. On that date, the tall, fine-looking young man noted that he had weighed only 130 lbs. In four months Liam Elliott had lost more than three stones in weight.

Six weeks later, however, he was pronounced fit for action, and with a promotion to acting corporal, was returned to Anzac with a new uniform, an advantage many of the others would not have had. Winter came early to the Peninsula that year, and the last two months were bitter, with temperatures well below freezing. In their pathetic holes in the ground, many of the emaciated troops died of exposure.

After that, just before Christmas, had come the evacuation. A creeping retreat so that the Turks would not realize it was over and that their foes were leaving. Liam, in the firing line to the bitter end, had watched stores and food being burned on the beach while those beside him went hungry. The next day, after a bombardment which lasted six hours, he and his compatriots left Anzac Cove without another shot being fired. Within twenty-four hours, he noted, they were back on the island of Lemnos and drilling again, three hours a day.

That terse comment was echoed, day after day, throughout the next three months. Egypt had not changed when they returned to it, but the men had. They were weary and depressed, had suffered an ignominious defeat and had watched their friends die for nothing. That they themselves had fought like the Trojans of old, that they had endured and ultimately survived, was not enough to raise spirits crushed by the experience. That those in command seemed not to care only added to the burden.

The entries in Liam’s diary for that period at the beginning of 1916 were short and monotonous and full of complaint. It was so indicative of malaise, Stephen’s anger had been choking as he typed up days and weeks of the same thing. ‘Drill again, food still scarce,’ was typical, as were complaints at lack of leave for the men, while officers were allowed plenty.

Later, from an active post by the Suez Canal, Liam had written over several days: ‘No food, nowhere to buy any… Digging gun-pits and trenches… No issue of water for over 48 hours, one loaf of bread between three men… Lecture by our Colonel on whether we are fit to go to France…’

Those entries were, Stephen thought, a terrible indictment of all that had passed in the name of organization. All inflicted by those at the top, men of their own nationality, on their own side. That was the worst part: it might have been more forgivable had those deprivations been suffered under an enemy hand.

With the diary in his pocket and his eyes on that brooding neck of land, so intent was Stephen that he barely noticed the arrival of the Turkish pilot. It was with something of an effort that he brought his thoughts back to the present and the job in hand.