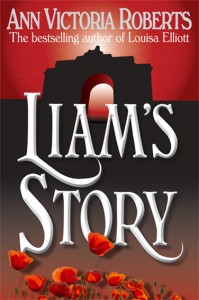 Ever felt the need to chase up your family history? A desire to know who you are and what shaped your forebears can reveal some difficult truths. Genealogy, as Zoe Clifford discovers, is rather like a jigsaw puzzle. For Zoe and the Elliott family to whom she is related, it becomes a detective story with love affairs and tragedy at the heart of it.

Two old photographs send Zoe to York in search of the past – the first steps of a journey that at first raises more questions than answers. So begins a compulsive desire to solve the puzzle.

Meeting a distant cousin – the Master Mariner, Stephen Elliott – Zoe is drawn to him at once. But as mutual attraction explodes into a passionate but all too brief affair, they discover some dark secrets in the Elliotts’ past. Through letters, photographs and a WW1 diary, the tumultuous affairs of two generations of star-crossed lovers come to light, revealing uneasy parallels in their own lives.

At the heart of the story is Liam Elliott, the writer of that wartime diary. His spirit seems to invade their present, becoming stronger as their investigations move forward.  But Stephen’s life is that of a seafarer; and in leaving Zoe he finds he is unwittingly repeating events from the past.

Passing Gallipoli en route for the Dardanelles and the Black Sea, Stephen reflects on the entries in Liam’s diary. Within weeks his ship is ordered into the war zone of the Persian/Arabian Gulf, where the weekly journey between Kuwait and Karachi, with a fully loaded and highly flammable cargo, creates its own nightmare. Under threat of attack, burdened by responsibility for his ship and his crew, Stephen dreads what destiny may hold for him.

At home in London, reading letters written in 1916, Zoe is discovering the seductive power of a piercing, impossible affair. The haunting relationship between Liam and Georgina Duncannon is played out as slowly, inevitably, the family Liam left behind closes in, and makes the future impossible.

Afraid for Stephen, and faced by alarming news reports from the Middle East, Zoe wonders if they will ever meet again. The tragedies of the past cast long shadows, and as the truth becomes clear, it seems history is set to repeat itself…