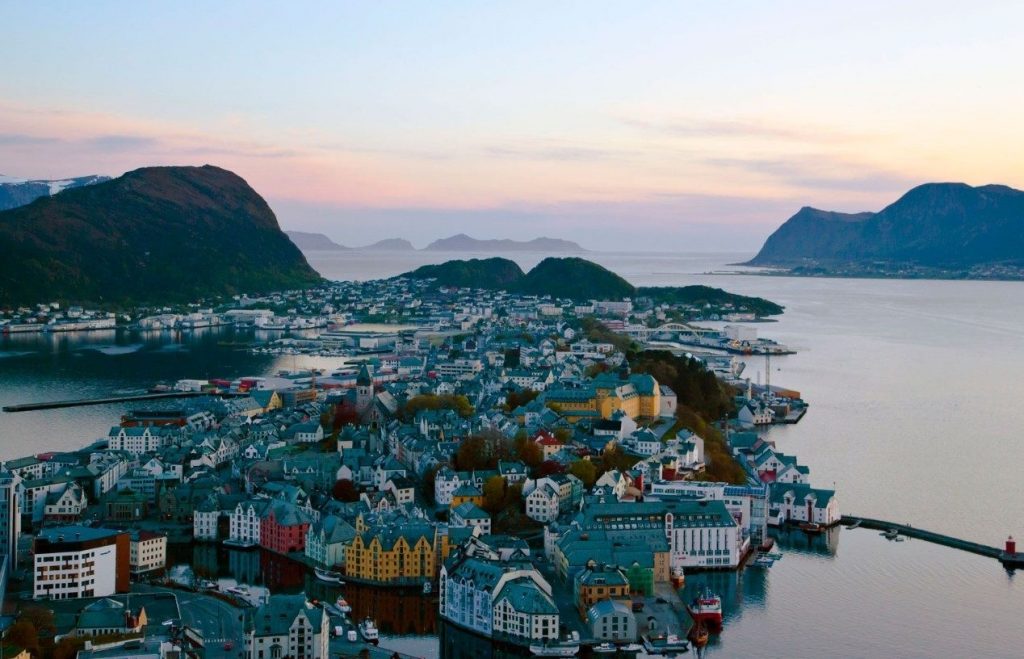 It’s midnight in the middle of winter with deep snow all around. You live in a small town by the edge of the sea. Your husband is a fisherman, but he isn’t fishing tonight – there’s a hurricane blowing. Your house, like almost every other building in town, is made of wood, and the house is creaking. The children are asleep, but you are wakeful, listening to the wind. And then you hear a different sound, loud, then faint, as though the wind is determined to carry it away. What is it? Clang, clang, clang – coming and going – the ringing of a bell.

The church bell. Sounding an alarm. You shake your husband, dash to the window, open the shutters – see a glow over towards the church. The bell is louder now. Doors open in the street below; people are shouting, running, knocking on doors.

You turn in haste as a great boom shakes the air – and then another – and the sound of children crying. You shout to your husband to grab coats and boots while you get the little ones. You make it outside, see the flames – so close – and you’re running for the bridge before the fire catches up…

That was January 1904, in Ålesund, Norway. The fire, rapidly fanned by the wind, began in a building by the church – someone saw it and dashed to ring the alarm. The lookouts at the gun emplacement on the hill heard the bell, saw the flames, and fired the cannon to wake the townsfolk. In just one night, the historic town – built mostly of wood – was destroyed. Miraculously, only one person was killed. By morning, almost 10,000 people were homeless.

Imagine: the shock, the cold, the fact that you’ve lost your home and all your possessions. All you have left are the clothes on your back. Yes, you’re alive, but the sense of grief must have been overwhelming.

Luckily, many outlying buildings were untouched by the fire, and with the help of family and friends, the townsfolk survived.

It was a bad time, not just for the people of Ålesund, but the country as a whole. Norway at the time was experiencing what we would call a recession – many were either out of work or struggling. But news of the disaster quickly spread. Within three days, the German Kaiser sent ships with men to build temporary shelters, and donations both practical and financial flooded in from around the world. Within a short time, young Norwegian architects, influenced by Europe’s exciting Art Nouveau movement, set about designing a whole new town. Wood was now forbidden and only stone could be used. This boosted the demand for granite and marble in Norway, gave work to quarrymen, masons and builders, and boosted the country’s flagging economy. Just three years later – by 1907 – the town had been rebuilt. 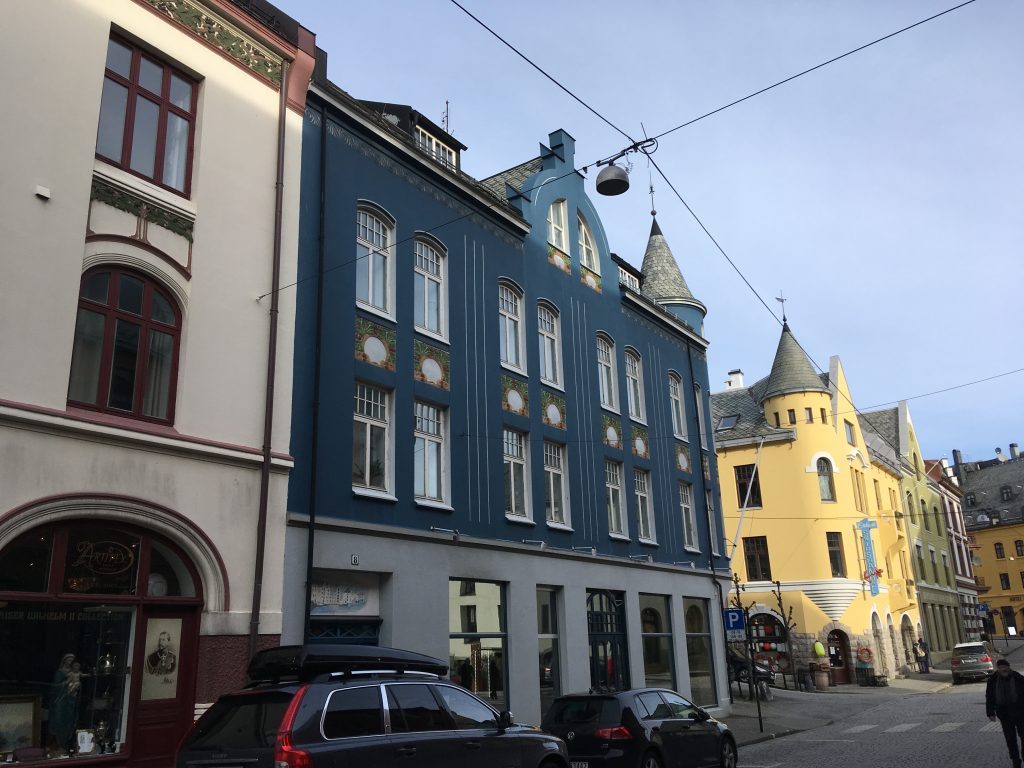 Despite the two world wars that followed, Ålesund still stands as a beautiful town with remarkable buildings. Interestingly, it was a centre of resistance during WW2, and featured in the famous ‘Shetland Bus’ operations, ferrying men by fishing boat to Shetland. A memorial statue by the harbour commemorates more than 3,000 Norwegians who managed to escape to the UK to continue fighting with the Allies. 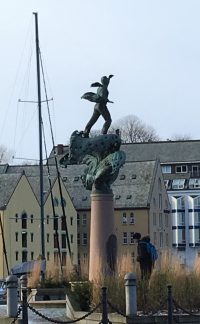